The Organization of Women’s Freedom in Iraq

Dear Friend,
The horrors facing the women of Iraq continue unabated. Recently, three strong OWFI activists, Dalal, Ahlam, and Majid, travelled to the village of Rbaidha, just across the unofficial border from ISIS-held Hawija. They had heard of the arrival of a number of women who had escaped the ISIS controlled area, and wanted to check on their well being and offer whatever assistance they could.
What these women went through was shocking. To reach Iraqi controlled territory, the women, many with children, had to walk for 16 hours, in freezing temperatures, moving at night to try and avoid detection by ISIS snipers. In addition to the snipers, ISIS has also placed land mines along the only route out. Along this dangerous path, the women smelled the decomposing bodies of those who had tried, and failed, to escape before them, and occasionally stepped on body parts in the dark. 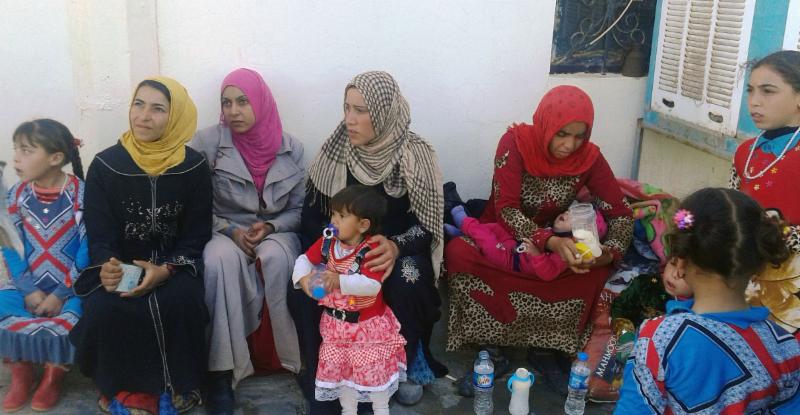 We heard the heartbreaking story of one woman whose baby froze to death while making the journey. But our hearts were also gladdened by the sight of a woman and her two children being reunited with her husband.

Sadly, the safety these women risked so much to find is terribly limited. Right now, they have shelter from the weather in a school building, but little food or other support. Our activists did what they could in the short term, bringing biscuits and milk for the women and children. And we will find a way to do more. But ultimately, they should not be dependent on charity. It is the government’s duty to protect and support these women who have been prisoners of war. ReadOWFI’s statement on this issue here.
We ask your support in pressuring the Iraqi government to carry out its duty to these women, and in helping us care for them in the meantime.

Permanent link to this article: https://www.owfi.info/article/the-organization-of-womens-freedom-in-iraq/