In March 8 of 2009: Freedom and Equality remain the aim of our struggles

Religious superstitions, laws and customs are a disgrace of the 21st century 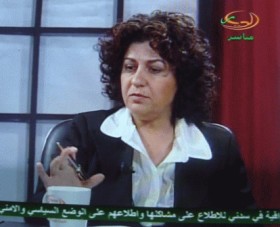 After two years of fact-finding and months of lobbying over local and regional televisions, newspapers, websites and radios, OWFI’s activism receive the first results: the legislators have forwadrded a draft law against trafficking of women and girls.

The attempt of undermining our efforts to lead women’s struggle for their rights will not deter us from continuing to fight.

Please note that the writer of the article has misunderstood details on the registration of OWFI. Although we run informal shelters which have saved tens of women from honour killings, domestic abuse, sectarian abuse, and trafficking, our organization is fully registered at the government.

At this point, we need to document our main debates on media with officials:

Our utmost thanks go to the courageous Rania Abou Zeid who ventured into the Iraqi scene and collected the facts. We also thank the Time Magazine for allowing their pages to become reason for protecting a population of exploited Iraqi females.

We will still be watching the Draft Law as the State Shura Council (a newly founded council of clerics in the “democratic” Iraq) reviews it and takes the final decision.

Permanent link to this article: https://www.owfi.info/activities/owfi-pressures-the-legislators-into-a-draft-law-against-trafficking-of-women-and-girls/